Eastern Business and the Environment (EBATE) is a network group that has been helping businesses to reduce their impact on the environment AND improving their profitability. EBATE is supported by Least Waste (the Regional Waste Management Group for the Eastern Region of Melbourne) and holds seminars on issues such as minimising waste, efficient energy use and water consumption.
In October 2004, Manningham hosted “Greening the Health Sector”, with a theme around hospitals and aged care facilities. In this sector, waste management is a critical health and safety issue, as well as a business cost. Waste auditory Trevor Thornton reminded us that, in general, the true cost of waste to an organization is 10 TIMES the disposal costs.
The “soap box” speaker from Healthy Dwelling spoke of the cost advantages of green cleaning, but also fascinated us with news of research in Europe into the feasibility of microfibres tested as reusable incontinence aids.
A speaker from Mitcham Private Hospital talked about how their waste cooking oil is now being reprocessed into bio diesel. He also emphasised the work place culture issues that arose, and how they used humour in the making the change process easier.
Templestowe Pioneer Village spoke about the cost savings from water efficiency in the laundry and the integration of waste management on the agenda of staff meetings and OHS. She also emphasized the critical role of their “champion” in getting change to happen – in their case, a “leader” from outside the management team.
In all, an evening of fascinating facts and good ideas, but also emphasizing that change is a human issue, and something that is most effective integrated into business operations.
The next EBATE event is planned for February 2005 at Maroondah. 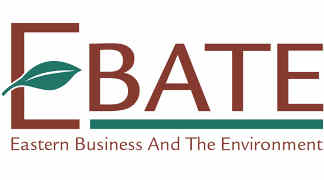