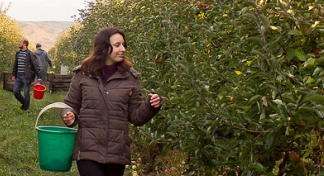 “There’s a stretch of arterial in Seattle’s Beacon Hill neighborhood that I’ve traveled probably thousands of times without giving a second thought to the empty, grassy hillside it parallels.

When I heard about plans to create a seven-acre urban food forest there, I had a hard time picturing the sloped field covered over in rich soil and filled with a tangle of fruit and nut trees, berry bushes, and vegetable patches. It seemed like an edible ecosystem too wild to spring from such an unremarkable urban space.

But within the next few years, this slice of land adjacent to a city park and golf course will transform from an unofficial off-leash dog run and occasional sledding slope into the Beacon Food Forest, which some say will be the largest of its kind in the U.S.”
Read the full article here…